What Current Ford Model Lineups are Getting Hybrid and Electric Models Added in the Near Future?

“Hybrids for years have been mostly niche products but are now on the cusp of a mainstream breakout. “The valuable capability they offer – plus fuel efficiency – is why we’re going to offer hybrid variants of our most popular and high-volume vehicles, allowing our loyal, passionate customers to become advocates for the technology.” – Jim Farley, Ford President, Global Markets 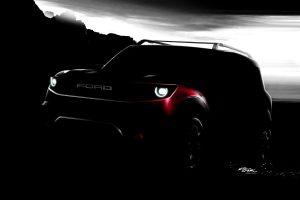 For more on everything Ford, including more information on all of the new Ford cars, trucks and SUVs at Brandon Ford in Tampa, FL, please contact our staff or check out our Ford Model Research Page.

This entry was posted on Thursday, June 28th, 2018 at 8:00 am and is filed under Ford, Ford Bronco, Ford Escape, Ford Explorer, Ford F-150, Ford Mustang. You can follow any responses to this entry through the RSS 2.0 feed. Both comments and pings are currently closed.