After dominating the NASCAR Xfinity Series since 2011, the Ford Mustang has set its sights on NASCAR’s – and professional stock car racing’s as a whole – top league beginning in 2019. That’s right, the Ford Mustang is coming to the NASCAR Monster Energy Cup Series. And what better way for the Ford Mustang to announce its presence than by entering the Daytona 500 in February 2019?

“We’re combining America’s favorite sports car with America’s top stock car racing series. Mustang always has been about affordable performance, which can be traced to innovations we’ve made competing in racing, like NASCAR. Mustang is a perfect fit for our racing heritage today and tomorrow.” – Mark Rushbrook, Global Director, Ford Performance Motorsports 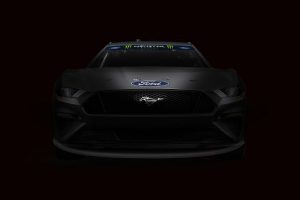 What All-New Performance Features are Included with the All-New 2019 Ford Mustang Shelby GT350 at Brandon Ford in Tampa FL?

This entry was posted on Friday, May 25th, 2018 at 8:00 am and is filed under Ford Mustang, Ford Performance. You can follow any responses to this entry through the RSS 2.0 feed. Both comments and pings are currently closed.