There’s no denying how much we love the new Ford Mustang lineup at Brandon Ford in Tampa, FL. And that means we’re incredibly excited about the new LEGO Speed Champions 1968 Ford Mustang Fastback Race Car. There’s nothing like taking a break from the doldrums of everyday life to drive this little car around. But instead of us going on and on about it, we’re going to let those in charge of its creation tell you all about it.

“We worked closely with LEGO to design a vintage Mustang, personalizing the fastback with stripes and decals that harken back to Ford’s racing heritage. This 1968 Mustang Fastback Race Car is a special product that adds even more excitement to Ford’s LEGO Speed Champions lineup.” – Matt Monroe, Ford Licensing Manager 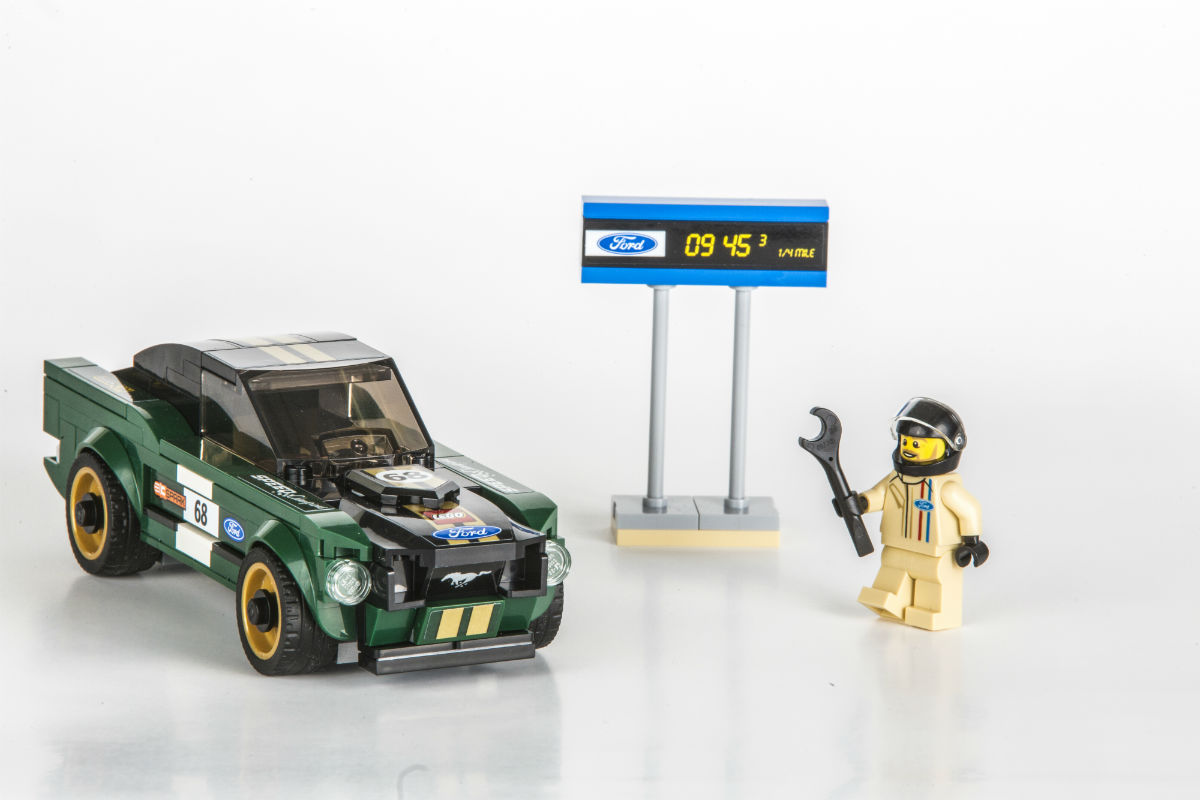 “The new Ford Mustang LEGO Speed Champions set gives parents and children the chance to share their passions – generations of fans have grown up building LEGO sets and spending time together behind the wheel. This partnership of iconic brands allows kids of all ages to enjoy the latest products from two great companies.” – Myra Lind, LEGO Speed Champions Marketing Manager

For more on the 2018 Ford Mustang lineup and all of our other new Ford cars, trucks and SUVs, please don’t hesitate to get in touch with our friendly and knowledgeable Brandon Ford staff right here in Tampa, FL.

Is There a Ford Pickup Truck Emoji Coming?

Miss Your Old Mustang? Keep It With You Forever as a Watch

What model Mustang was on the Grand Tour?

This entry was posted on Wednesday, March 21st, 2018 at 8:00 am and is filed under Ford, Just For Fun. You can follow any responses to this entry through the RSS 2.0 feed. Both comments and pings are currently closed.